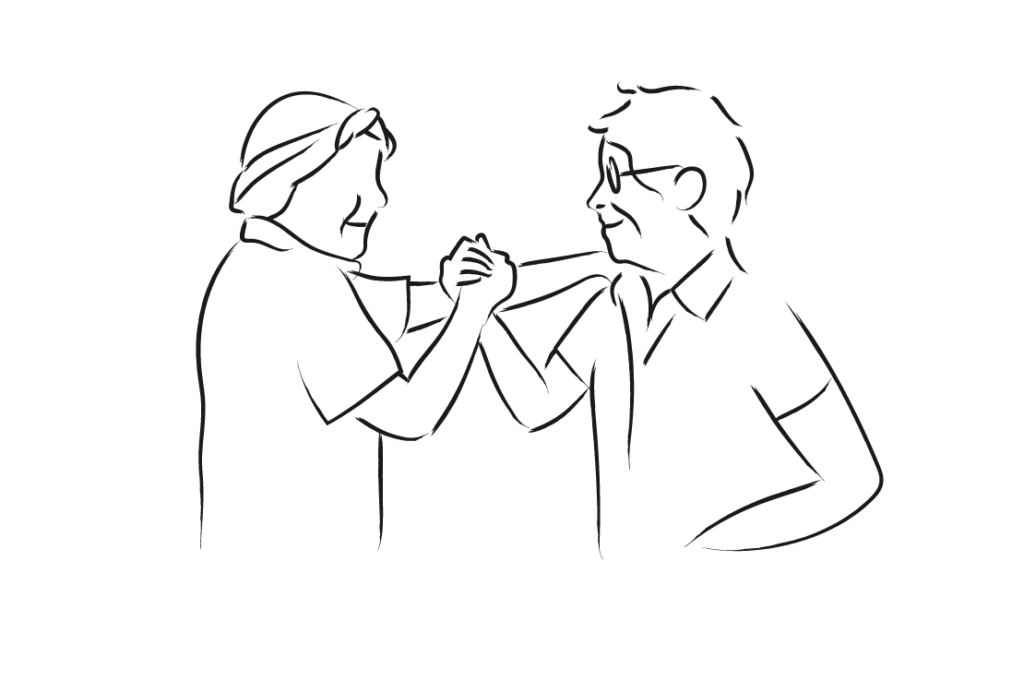 All types of discrimination have a negative impact. American society is just beginning to acknowledge its systemic sexism, racism, and white supremacy. Ageism, discriminating against someone because of their age, has been named in the contexts of the workplace and in matters of elder abuse. But its tentacles reach beyond these two scenarios, and its impact is felt by people across races, genders, socio-economic groups, within communities, and even within family structures.

While it is true that life as an older person is different and there are some losses, the perception of how different is outsized, and the gains are minimized. Only 4% of people 65-74 need some sort of caregiving or assistance. The statistic increases to 9% for people 75-84, and 20% for those aged over 85. (1)

These percentages do not match the ways that older adults are stereotyped, en masse, as weak, sick, useless, unattractive, and uninteresting. The outdated perception of what it means to age also ignores the data that people are happier when they are older. They have gained perspective, accumulated knowledge, and possess wisdom about the world and themselves. They are secure in who they are. What’s more is that life expectancy is extending. Older people are here to stay, and will be a majority. Things need to change.

What does ageism have to do with creative aging? Everything.

This model is inherently anti-ageist as it helps libraries, museums, community centers, residential communities, universities, and other public programmers see older adults as active, capable learners and creators. It also reminds older adults that they possess the talent, drive, energy, and commitment to learn how to make art, new friends, and express themselves as individuals.

Listen to this high-energy, conversational, informative, funny!, and thought-provoking dialogue between two people working to release American society from ageist language, perceptions, taboos, and trappings, and make way for it to welcome an emerging, vital, valuable population of older adults. (TRANSCRIPT BELOW)

Ashton Applewhite is the author of This Chair Rocks: A Manifesto Against Ageism, named one of the 100 best books to read at any age by The Washington Post. Ashton began blogging about aging and ageism in 2007 and started speaking on the subject in July, 2012, which is when she started the Yo, Is This Ageist? blog. She has been recognized by The New York Times, National Public Radio, The New Yorker, and the American Society on Aging as an expert on ageism. Ashton has been a fellow for the Knight Foundation, The New York Times, Yale Law School, and the Royal Society for the Arts. In 2017 she received a standing ovation for her talk at TED 2017. Ashton is also the founder of the Old School Anti-Ageism Clearinghouse.

Maura O’Malley, Co-Founder and CEO of Lifetime Arts, leads the development of Lifetime Arts’ national programming models, training programs and resources for Creative Aging stakeholders including teaching artists. Named a 2017 Influencer in Aging by Next Avenue, she promotes the field of Creative Aging at major national conferences in the arts, public library and senior service sectors. She has informed policy and created innovative programming for adults and children with premiere arts and educational organizations including the NYC Department of Education, Studio in a School and Young Audiences/New York.